Moreton Island is a sand island on the east side of Moreton Bay, off the coast of Queensland, Australia. Today it is very popular as a destination for camping, recreational fishing, whale watching, dolphin feeding, and 4WD recreation.

But Moreton Island has a very long history that began long before tourists and resorts reached the island and long before modern white settlement began in the relatively young century of 1948. If you want to know more about Moreton Island visit www.trayon.com/blog/moreton-island-4wd-camping-guide/. 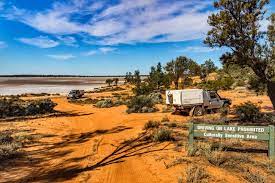 Aboriginal tribes roamed the area more than 15,000 years ago, and with the end of the last ice age, sea levels rose, forming the outer islands of Moreton and Stradbroke. The Aboriginal people who inhabit Moreton Bay are called the Ngugi. Historical remains are surprisingly intact on Moreton Island, and many island visitors will be drawn to the early settlement buildings.

Moreton Island is surrounded by sometimes treacherous waters, and even today experienced locals must guide incoming boats through the canals to Brisbane Harbor. The island's historic site is the Cape Moreton Lighthouse, built-in 1957 to prevent the shipping catastrophe that was all too common at the time. Cowan was originally a military camp that housed about a thousand soldiers during World War II where the coastal defense was very important.